In case you missed out last week, Mondays are now fun! Yes, I’m serious…Or at least we shall endeavor to find some fun..Since this is only our second letter, I will offer the explanation of this exercise one more time…also, go back and read “A is for alien” for further details or to hear the first idea.

When I was quite young, probably first or second grade, we did this exercise in school where you took a letter and turned it into something. Anything really and then wrote a little story about it…I feel like most adults don’t let their imagination out often enough and so I decided on Mondays I would resurrect this little gem…there are no limits, no right or wrong ideas, and how often do you as adult get to exercise your mind in any direction you want without someone saying,..”Ummm, no, no we’re not doing that…”

Today, yes, you can do that..Here we go…get the crayons, color outside those damn lines…

First, my kid version..was a butterfly..I actually really remember this one, and as a kid we always draw butterflies with round poofy wings? Or at least I did, I would have made the straight backbone of the “B” into a body and then added the matching curves on the opposite side, add some antennas and probably a smiley face. And VOILA, it’s a butterfly!! I dunno why, because butterflies do not have round wings, that would not be aerodynamic now would it? But that’s the joy of childhood, shit has it own sense of making sense…I would have named her Bernice or Beatrice and she would have had a friend, a little bee named Bert. They would have had adventures out in the world together doing who knows what. Which is something I realized this morning, all my stories were some kind of adventure..I think as kids we see the world as one big adventure waiting to happen everyday…I need to find my way back to that, maybe we all should, even the little things like grocery shopping…

AS an adult, I would flip the “B” butt side down and turn it into a pair of glasses by adding the side stems that go over the ears..Obviously, they would have large lenses and stylishness wouldn’t necessarily be the goal…When I was in my 20s I had a number of sunglasses with various colored lenses, yellow, pink and blue. I can remember how each color would intensify other colors when you looked through them, sort of temporarily changing the color spectrum. That whole viewing life thru rose colored glasses comes to mind here, but these would do something more…these would help you have better thoughts. What do I mean by that?

One of the ideas my therapist and I talk about is adding other thoughts into the mix, which can be difficult at times. When you are experiencing anxiety or unhappiness or mentally beating the crap out of yourself, which is my specialty, you have to throw out something else. Something silly or something good or just anything to alter the course of your thoughts. To stop the traffic.  Do you ever find it difficult to police your own mind in terms of thoughts? I tend to believe we all have hours, minutes or days where the thoughts we are creating with our own minds are doing more harm to us than anything happening in the outside world. And it can be hard or impossible to stop the flow of the brain when it gets going in a rush hour.

In a word I think this is an aspect of mindfullness…being not only aware but able to choose thoughts and follow the better thoughts versus the ones that only cause pain and harm. Since I’m not a scientist, I can’t specifically say how these would work, but this is an exercise in imagination, not a pitch to Elon Musk to build the damn things.

I think the lenses would change colors to whatever you need, so they would have a sort of self intelligence about them. Maybe they would have an earbud type connection to sort out what you needed? Maybe there would be music or sound as well? If that was what you needed…but somehow you could wear these things in your worst moments or days and they would help you stream better thoughts with ease. When you were having a rough time, you could put these beauties on and think better thoughts. Not like crazy delusion shit, they would just be a buffer for you. They would help pull you back from whatever edge you were hanging on. Maybe if you wore them enough it would help train your brain so you didn’t need to wear them any longer. Also, that way no one would end up dependent or addicted to them because that’s the last thing any human needs right now is one more device that draws you away from reality, am I right? SO they would be not only self correction but self training as well…

Could you imagine what kind of world we would live in if we all worked on adding better thoughts on our own? I always see quotes about how you treat yourself is how you treat the world AND how you allow the world to treat you…there might be something to that…Just a thought for Monday… now, what would your “B” be? 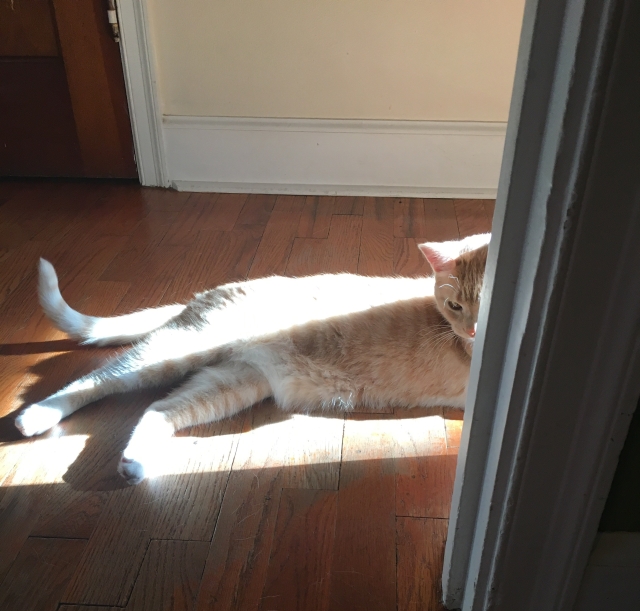