As we left this morning, I didn’t think the skies would be anything special, so I didn’t take my phone for photo ops. I was mistaken. I wish I had, because it was a marvelous unveiling of the sun through banks of clouds unlike any morning I have seen. I keep thinking, “If I could just move the buildings out of the way, so I could see all the way to the horizon, it would make it more glorious”, but then I reconsidered…maybe there’s something about the juxtaposition of the daily life grind with an extraordinary sun rise versus a postcard image of sunrise on a beach. It’s accessible wonder. And it’s real. Real counts for a lot in my book.

Also wondrous, nope, not really, just gross… Ramona has decided that cicadas are a delicious morning hor d’oeuvre. Dead or alive and buzzing, if she sees them while we are walking she eats them. In fact, I think she is sniffing them out like a pig chasing truffles. The revulsion is real people, Lou and I do not understand…

Last night I watched, “Saving Mr. Banks” which was a decent movie. The acting was quite good and I find the idea of how writers create their stories from their lives to always be a source of fascination. Sometimes I think it’s actually more interesting than the stories themselves. “Finding Neverland” is also a really good movie in a similar vein.

In the latter part of the “Banks” movie, Disney realizes that Travers had been writing Mary Poppins to give her father a different ending from the one he met in this life. I don’t know if that’s true or not, but it’s the thing Disney says to her that has been on my mind. He says, “Because that is what storytellers do. We restore order with imagination.” Which is the greatest explanation of what good writers can do…

And that took my mind down the rabbit hole…

Jane Austen was a single woman her whole life, same for her sister, but I think it would be safe to consider that “Pride and Prejudice” was a possible attempt to give them both the happy endings they deserved. The story of Elizabeth Bennett and Mr. Darcy is one for the ages, and will probably be remembered for decades to come. In that way, she succeeded didn’t she, because when you hear Austen’s name, it’s what most think of first, the love story with a happy ending.

I love the movie, “A Knight’s Tale”, it’s irreverent as hell, and when I was in college, as an English major, I detested Shakespeare. We’ll come back to that…so I took other author classes to get around him. One of the them was about Geoffrey Chaucer, who of course wrote the Canterbury Tales. Most people have to read some section of that work in their scholastic journey of youth and this movie is, I think, meant to be a fictional take on what perhaps inspired Chaucer. There’s a scene in the movie, where Paul Bethany as Chaucer tells the two men who I’m pretty sure become the tales’ Pardoner and the Friar that he would exact revenge and eviscerate them in fiction, leaving them naked for eternity…one can see how this could be true, because those characters are revolting and preserved in that story for all of time.

Shakespeare. Truly, I never understood the appeal until my late 20s with the man’s work. I think you gotta live abit and suffer abit to understand the gravitas and genius of Shakespeare. And I think more interesting is the study around who was Shakespeare, was it one man, or a group of writers and more than that, one can imagine how much of those stories are real details inflated for literary prowess. Great love, great tragedy, great betrayals and all to devastating effect.

Writers restoring order with their imagination. 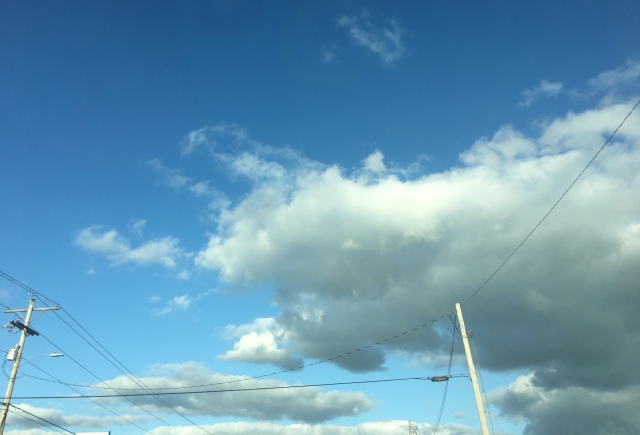 One of the biggest reasons I’m writing here is to reawaken and exercise the part of myself that wanted to be a writer. I thought I had given it up along the way in life. It’s one of those things we dream of doing, that will likely never work out, so stop already. And I always feel like an imposter if I even say I’m a writer, because I’m not published, my work isn’t sharing a shelf in Barnes and Noble with someone like Stephen King. But I do feel putting my words into this place and opening the door to all the eyes of the internet is a kind of writing. It’s like hopping on the first lily pad in a journey across a vast pond. Seeing where things go, seeing where my mind goes…

I’ve had a number of people in my life tell me that I should write a book about where I work and the people who I work with because the stories I could tell you. The kind of stories that you hear falling from a person’s lips and think, Really? Is that true?? Stranger than fiction.

I’ve known some extraordinary people, some scary people, strange people, and all around different people under my employ. It would make a helluva cast. There was a murder in the building where I work actually, it was 15 years ago. I wasn’t working there at that time. And we have a ghost, we don’t think it’s from the murder, but we’ve seen a door open and close on it’s own on video surveillance. And recently there was a large almost mansion like house that the Catholic Church erected across the street that I was hoping would be filled with nuns. Because that would just the icing on the story cake, wouldn’t it? Alas, it’s filled with priests.

Then there’s my mother. The twist is, I once worked for her in this place, and there are stories there. So. Many. Stories. Most of which I could never tell. My job actually  began as a favor to her believe it or not. Eventually she retired and we restructured the business, then I took over.

I used to think that I would seek my own revenge, right all the wrong she did unto me in my fictional work. I would show everyone who she really was, not the veneered person she pretended to be. I could make a villain of the ages. I would restore order with my imagination. But yesterday afternoon, as I was researching libel and how to write characters from real life into fictional people, I realized I don’t want revenge. I’m not sure that’s ever what I wanted…Revenge seems a fun idea, but abit of a bottomless souled one at best. And it’s predictable. And I’m not sure that’s the order I want to restore. I’m pretty sure I’m looking for something else.

Like me. I can write myself stronger and less willing to turn a blind eye. I can be brave where I cowered before…that’s the part I really want to change. And for practice, this is what keeps me coming here, to tell my story of how I’m trying to sort thru and rebuild this life and go wherever that takes me. It may entertain you, or make you think or just let you know, we are never alone.