My sincerest apologies for missing Imagination Monday. There was a washing machine/laundry disaster that took away my morning and very briefly my sanity as well. It’s amazing how all the things humans have built for convenience become so f*cking inconvenient when they break down.

I’ve arrived today to share with you the meaning of LIFE. I know, I know, many people promise the answer to this question, but I’m here to deliver. Now, I would like you to know up front, I could be wrong as I didn’t create the universe, but lately I’ve been learning a thing or two about myself and well, I think I may have found something. Something deep down the the darker recesses of my cave of my soul.

As I mentioned before, I’m in therapy. If you’ve very thought about giving that a go for yourself, I highly recommend it. It might change your life too.

What began as a sort of salvaging myself to perhaps save my marriage turned full tilt, interior remodel of my soul. Which means check mating my behaviors and habits and thoughts and choices. Which, let’s not kid ourselves, is gonna take some time to complete. Though I’m pretty sure we are never really “done” in this life, are we?

There is the struggle.

Let’s talk about that…I mentioned some posts back that I’m working on a good half dozen things right now in terms of self evolvement. The big one is that I realized much to my dismay that I think the source of my troubles right now is that I’ve never REALLY struggled in my life. I don’t know how to struggle.

A brief recap, I’m a white middle upper class American girl. Which is privilege. I try to not be one of those oblivious souls who can’t see that writing on the wall. BUT that’s a whole larger conversation for another time. I was raised in a manner by a mother who always made choices that left us comfortable and not struggling. I would call it spoiled in terms of material possessions but barren in terms of emotional wealth. Which may sound like a blessed thing, but really not. I was fortunate to be intelligent and did well in school without struggling. In college, I chose a path of least resistance and shifted my major into something I was good at versus what I may have really wanted. I’ve had good jobs that I didn’t struggle to obtain.

I haven’t lived an intentional life. A life that most people in this world would take gladly, yes. But it wasn’t really something I designed as much as stumbled into…and now here I find myself in a situation that I have no real training for. Struggle.

BIG TIME STRUGGLE, like who am I now as a single woman, what do I want to do with my life, like REALLY want to do, and can get on a path and stay there even when I can’t see it or where it ends. Because as a planner type human, not being able to see the end point makes things hard and ever harder not knowing if it will work out for me.

Last night I was leaving work, and it’s of course dark at 5pm in Kansas due to that whole time change on Sunday. Which by the way, I have to say, if you can forget that it’s coming, the time change, and manage to get the greatest night’s sleep on that eve, then wake up to learn you have an extra hour,  it’s the biggest surprise you never knew you always wanted… 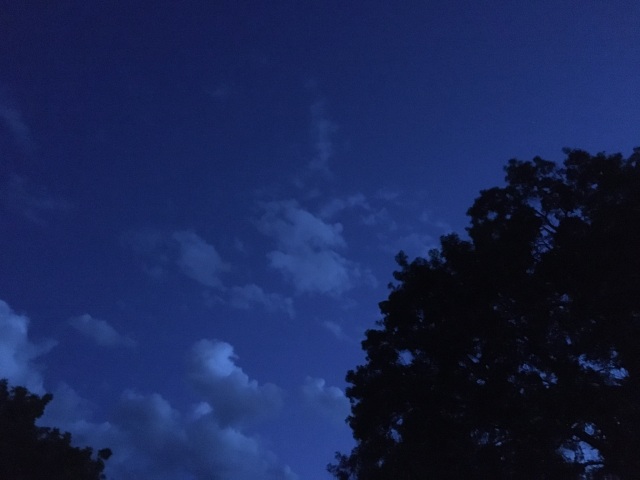 Anyways, I drive home and as I pull into my garage and the headlights illuminated the back wall, what should I see but a tiny little mouse scurrying along in the cold. In my garage. Which is not attached to the house, but yes, that’s a problem. What I really thought though was about how when I left work, it was completely still outside, and dark and I was acutely aware of my aloneness in this world and seeing that little mouse made me realize, we all are. We are all ALONE inside ourselves struggling to survive our life.

Struggle is the meaning of life.

Hear me out. Think about what defines our lives. Is it the ease that we can move through at times or is it what we have overcome in the face of adversity? Is it standing alone in the dark and yes, maybe fearful or is it learning that it’s ok to be alone in the dark and the unknown? Think of the stories you want to hear, they’re stories of strife, beating the odds, climbing the highest mountain, surviving unbeatable diseases, souls who rise from poverty and build empires, the one voice in a crowd that gets louder and louder till everyone is deafened by their reason, and on and on and on.

Having a baby is a struggle, the actual act of birth, the arrival that brought us all here, a woman struggled to bring you here. Family is a struggle. Growing up, aging, mortality, HUGE struggle for people.

Paying for life in the modern world is a struggle for most of us isn’t it? There’s debt and just plain out never getting to have everything you want, which again, struggle. Because NO ONE GETS TO HAVE EVERYTHING. And things break down, which creates struggle.

Here is the big one, the struggle with the fact, that struggling NEVER ENDS. That’s a big one for me, because I tended to believe you would arrive at some point in life and it would stop. I think people believe retirement is that place. Let me tell you, it’s not. If anything working in my job has shown me it’s that we are not prepared for how very difficult the last two decades of life can be. You think you are going to have it all figured out and coast. Nope. I think that’s why some people are enamored with fame. The belief that here is a thing that makes everything else not be a struggle. But that’s completely not true.

It’s a struggle to really learn who we are inside, to reconcile with ourselves the mistakes we make, the wrong we do, the unfortunate behaviors we display when we let our emotions get the better of us, the lies we tell, the things we steal that our not ours, and our regret for choices that we could/should have made.

But then there is some part of us that seems built for the task, and that’s what I seem to be learning, there is a little voice inside me that lately is getting louder. The part that says get up and fight, you can do the hard thing tiny potato, and yes, the future terrifies me, but it also remains a mystery that keeps me going. There may be a greatness still that I can make for myself in this world.

I believe that we were all created by God/The Universe/Aliens as unique unrepeatable individuals for a reason, I’m very serious here. I think that if we were to add up all the lives here on Earth, through all of time and all of time to come, we arrive at the definition of what it is to be human. All lives are equal in that math. And I think all of our struggles are united by that condition of humanity, the struggle with mortality and life itself. And that multitude of struggling and how what we overcome or fail to rise above. Yea, I’m thinking that is the meaning of life.

AND it’s each of our jobs to write the chapter that was meant for us, our life. AND I think that sharing our stories is what keeps us from being alone and gives meaning to this world. We weren’t meant to be judging each other as much as learning from one another. Because there’s so many lessons that are taught through failure.

Like I said, I’ve just begun to realize that all the things I now want are going to require struggling in a way I’ve never really committed to before, which sounds silly, maybe even pathetic, but that doesn’t make it any less true. Humbling yourself is a very important struggle as well. And the people I admire the most are the ones who thrive inside their struggles, I just never realized that was going to become my story as well.

We’ll see how that turns out…what do you think the meaning of life is?